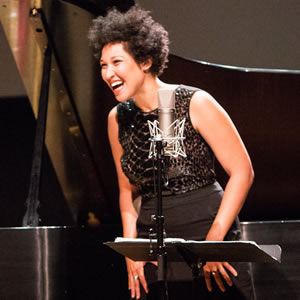 To expand to locations outside of New York City

Resonant Bodies Festival was founded in 2013 to support individual artists, to catalyze the creation of new vocal music, to expand the audience for new vocal music, and to challenge and transform the role of the vocal recitalist.  Funds will be used to expand, for the first time ever, to locations outside of New York City: Melbourne, Australia (May 2017), Los Angeles, California (February 2018) and Chicago, Illinois (April 2018). By adding these new geographic regions to the Festival they hope to expand the global network created by RBF for artists to inform, inspire, and enrich one another.