To support an increase in staff and technology capacity in order to continue its growth and outreach and engagement projects in Hudson, NY.

Historic Hudson was created in 1996 to advocate for the preservation and cultural heritage of the historic architecture of the city of Hudson, NY. Historic Hudson has rescued and designated historic landmarks in the city and is now in the process of renovating and enhancing 100 underutilized acres of the 162-acre NYS Hudson Correctional Facility for a much needed public access park.

To support the roof restoration of the 1889 Depot in Greenville, Maine.

The Depot, located on Route 15, a Maine Scenic Byway, is listed on the National Register of Historic Buildings.  When renovations are complete, it will serve as the western gateway to the Moosehead Lake Region and provide significant cultural enhancement for the community which will help attract visitors and, ultimately, foster population growth and economic prosperity in the region.  It will also serve as a multi-use facility, a railroad museum and art gallery and as a community function room for the Moosehead Lake Region.

To support the restoration of two windows.

Founded in 1903, the Church of the Redeemer is an Episcopal church located in Pittsburgh.  It fosters an inclusive community that boasts a history of social justice and outreach ministries.

The Church’s current building was constructed in 1935 and has been designated a Historic Landmark by the Pittsburgh History & Landmarks Foundation. The stain glass windows, which were designed and made by Howard Gilmann Wilbert “represent the finest stained-glass technique in the true medieval tradition to be seen in this country.” Funds will be used to restore two windows depicting St. Patrick of Ireland. 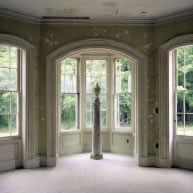 To preserve and protect the original 42 windows in the Dr. Oliver Bronson House and Estate

Historic Hudson was created to advocate for the preservation and cultural heritage of the historic architecture of the city of Hudson, NY. In 2003, Historic Hudson nominated and received listing for the Dr. Oliver Bronson House and Estate as the only National Historic Landmark in the city of Hudson.  The original Bronson federal-style house was built in 1811 and is the earliest extant example of the “Hudson River Bracketed” style.  Funds will be used to preserve and protect the original 42 windows in the home. 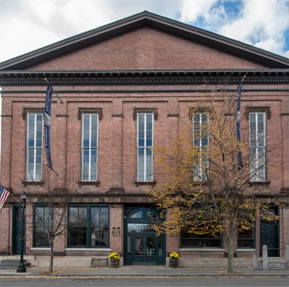 To support the restoration of the Grand Staircase leading from the Center Hall Gallery to the upstairs performance hall.

Built in 1855 as Hudson’s City Hall, the Hudson Opera House houses New York’s oldest surviving theater.  Its mission is to promote the arts and to play a pivotal role in the cultural and economic advancement of the region.  Funds will be used to support the restoration of the Grand Staircase leading from the Center Hall Gallery to the upstairs performance hall of this historic building. 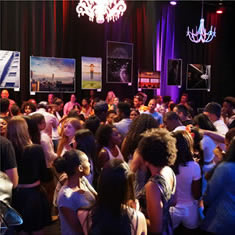 To support its Teen Takeover program for high school students.

Apollo Theater’s mission is to preserve and develop the Theater through world class live performances and education programs that: 1) honor the influence and advance the contributions of African-American artists; and 2) advance emerging creative voices across cultural and artistic media.  Funds will be used support its annual Teen Takeover program for high school students, which is an evening of performances “for teens, by teens.”

$10,000 to create an educational DVD on the role of the Masschuseuk Native American tribe in early Massachusetts history.

To Supports its Adaptive Reuse Plan for its Facilities